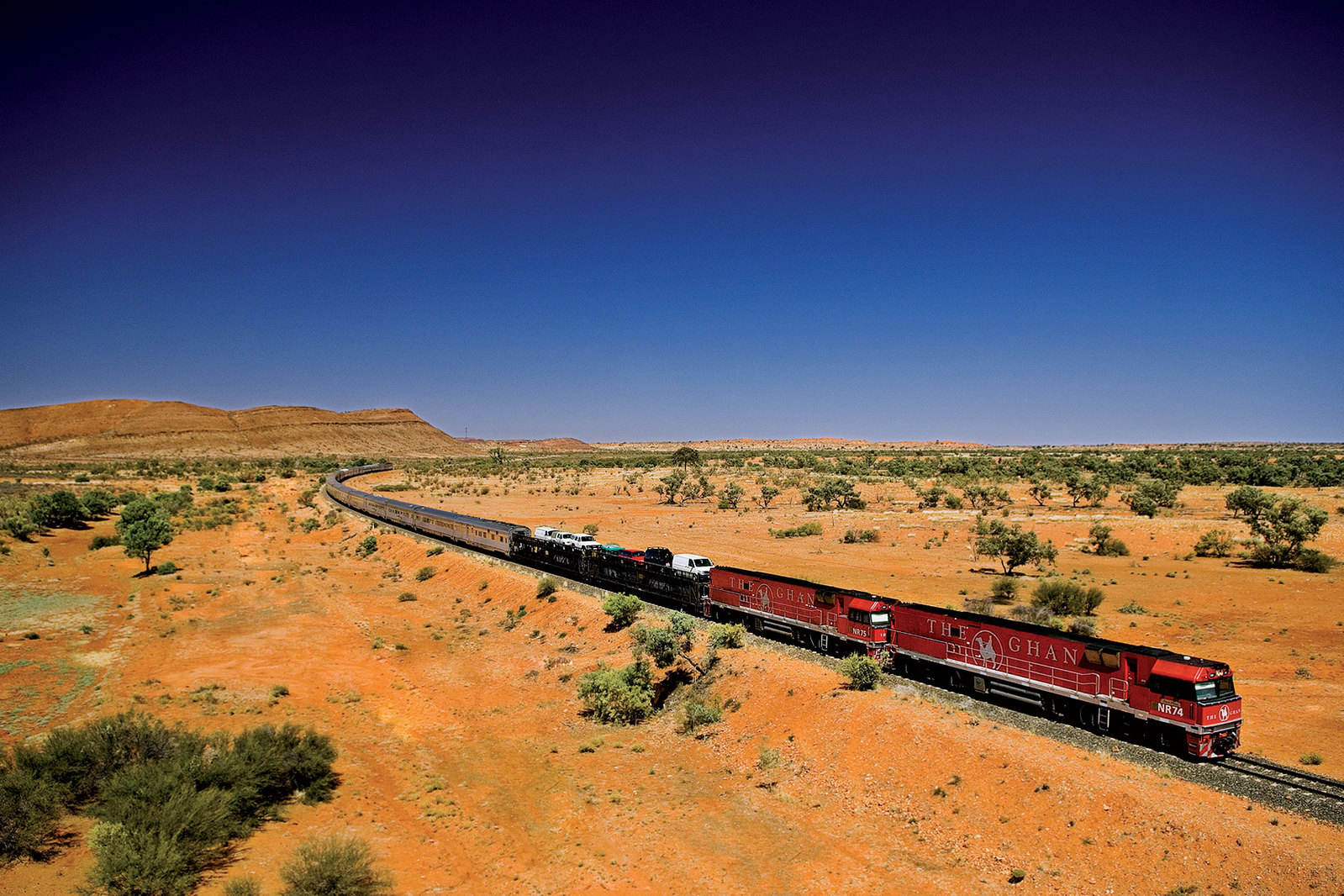 Hunt down a vintage belt buckle, polish a pair of RM Williams, and load up the weekender (a la SUV commercial-style) for an adventure deep into the state’s northern regions. It’s time to sing along to your favourite mix-tape (or Spotify playlist), pop open the Fruchocs, and head north, following that road atlas carefully that your parents gave you for Christmas 15 years ago. With the wide-open spaces ahead, you can keep that game of Spotto going, and look forward to uncovering the gems that await when you reach our feature race day destinations, scattered across South Australia’s very own striking regional north.

When the winter sets in, one needs to migrate north and hit up Port Augusta for their annual cup day in July. In the time it takes to watch three episodes of ‘Married at First Sight’, you can be out of the big smoke and into the slightly smaller smoke of this regional city. The historic grandstand is where you want to be when watching the horses come home along the sandy straight, vying for the Port Augusta Cup. Stick around for a couple of extra days though, to soak up the other experiences the town has to offer.

For Port Augusta first-timers, it is best to familiarise yourself via the Wadlata Outback Centre, where Max, the giant Ripper Lizard, will take you back in time to learn of the area’s geological, Aboriginal, European and environmental history. And, just because there is a little less greenery, it doesn’t mean there aren’t beautiful gardens to stroll through and enjoy here. The Australian Arid Lands Botanic Garden allows you to walk through 200 hectares(!!) of arid-zone vegetation. Keep your eyes (and camera lenses) open for stunning native flowers, such as our floral emblem, the Sturt’s Desert Pea.

Port Augusta is the state’s most northerly port, so brave the cooler conditions, put on your spray jacket and head waterside. You’ll have the opportunity to cast a rod into the Spencer Gulf, in hope of snagging a prized King George whiting, or to just sink a couple of red tins if the fish aren’t biting.

The city offers plenty of motel and holiday park options, however our pick is to venture a little off the beaten track to Catninga Station. Here you can take in the sunset over the Gulf on the front verandah, before retiring to an old rail carriage for a perfect night’s rest and recuperation. You’ll need a decent brunch prior to hitting the road again, and our favourite is the Archer’s Table, where you can devour homemade granola and (according to many) the best coffee in town!

The little ones can be forgiven for asking ‘are we there yet?’, as you roll into the town that hosts South Australia’s most remote racing event in August each year. Fortunately, there is opportunity to fly in and arrive fresh to the Gold Members Marquee, ready to back a winner in the BHP Roxby Downs Outback Cup. And, you can send those patient kids over to the children’s zone where there’ll be action aplenty to keep them amused into the afternoon.

Later in the day, dust off the red sand and follow the locals to the after party at the Roxby Tavern. You’ll be ready for an old fashioned, hearty winter’s meal, and to spin some yarns with other punters of horses that nearly came home. Before you know it, it will be time to hit the hay in your room at the Roxby Motor Inn.

You’ve come this far, so stay a little longer and live like a local, putting on your helmet and taking part in an Olympic Dam Discovery Tour. Proceeds from your ticket will go towards the wonderful work done by the Royal Flying Doctor Service, and you’ll gain a greater insight into this mammoth mine that produces refined copper, uranium oxide, gold and silver.

If you’ve made the trek in a 4WD then there is plenty of exploring to be had in these parts. Take off towards the characterful mining town of Andamooka, and stop with an empty stomach for a country-sized steak (or roast duck, if lucky) at the Tuckerbox. Share a beer with some colourful characters, and talk of pursuits for that prized opal.

From here, move on to Lake Torrens National Park, a sight from another planet – raw, captivating and not to be driven on, despite its lack of water! Australia’s second largest lake it may be, however there’ll be no water sports as you’re more likely to encounter bluebush, saltbush and samphire. It is here you can go bird watching (if fortunate to follow significant rainfall), and immerse yourself in the many dreaming tracks of the Arabunna, Kokatha and Kuyani peoples, with opportunity to visit rock engraving sites.

You’ve been lured during May to the heart of the Flinders Ranges to the major highlight on this town’s calendar, The Hawker Cup, an event that promises to showcase the best of outback racing. Formerly a thriving railway centre, the town is now scarce in occupants but retains a connection to more prosperous times through its scattering of well-preserved ruins of historic buildings.

To obtain a greater feel of what these earlier times were about, head straight to Fred Teague's Museum followed by the Jeff Morgan Gallery that includes a 30-metre painting of the view over Hawker from Wilpena Pound. If Wilpena Pound sounds familiar, it’s because it remains one of the state’s most popular destinations for bushwalking, and ascending Saint Mary’s Peak means you have reached the top of the Flinders Ranges.

If you’re feeling adventurous, the Arkaba is where you need to be. Nope, not the infamous night club on Glen Osmond Road, but the Station that affords opportunity to learn of the Adnyamathanha People, Australia’s first through this region, via a helicopter flight. Back on ground level, observe a rich assortment of birds, mammals and reptiles from Arkaba’s discreet hide positioned near the creek.

You’re well and truly in the outback now, so we recommend embracing the wilderness and making camp at Willow Water. Mount Scott Homestead offers an authentic homestay, with a variety of accommodation options to satisfy everyone in your crew (including the glampers). Start the next day with a lazy brunch back at the town’s latest and greatest, the Flinders Food Co. Here, you’ll be tempted to pull the iPhone out for some snapshots accompanied by hashtags such as #InstaYum, #BestBrunch and #HeapsGood…. (these dishes taste every bit as good as they look).

Quorn – not that loud band your weird cousin listened to, but a quaint destination with a population of less than 1000, nestled in an idyllic valley of the Flinders Ranges. Come here for the August race meet, and stay for the old-fashioned charm and generous hospitality (oh, and the breathtaking scenery of the surrounding ranges and woodland).

Of course, you’ve no doubt already been told to ‘all aboard’ an historic steam engine and soak up a taste of colonial Australiana. These journeys will take you via the Pichi Richi Pass along a railway that was once the original Ghan route between Port Augusta and Quorn. Slow the pace down on a train such as the cute ‘Coffee Pot’, and imagine for a brief moment that you are living in a simpler time.

You’re in the Flinders Ranges, so unpack your active wear and get ready to top your mates, taking their selfies atop Mount Lofty back in ‘Radelaide’. The frighteningly named ‘Devil’s Peak’ trail offers panoramic views as a reward for a steep climb to the summit, while the imposing red cliffs of Warren Gorge remain popular with climbers.

Spoilt for choice is what you are through here, with other scenic offerings including Mount Brown Conservation Park and the less strenuous option of the Quorn Native Flora Reserve, once the town’s quarry. ‘I spy with my little eye…. a rare yellow-footed rock wallaby…’.

The fruits you may have seen along the trails are best consumed for dessert, so track down Emily’s Bistro to satisfy that Quandong Pie craving that’s been lingering. While there, marvel at the historical relics, and get ready to pose questions such as, ‘how does that strange looking cash register work?’.

Crashing at the aptly named Quandong Apartments is the way to go in order to get those pins firing again for your next day of trekking (or pretending to be a botanist explorer from the Victorian Era). You’ll be ready for a decent sleep, so take care to avoid too much distraction from the nostalgic photographs and film posters.

On the outskirts of the Clare Valley sits an unassuming place that is certainly worthy of devoting some time to. The town is best explored by foot, so lace up your Air Max ‘97’s and get ready to appreciate the region’s history through the heritage murals adorning the local buildings. Admiring murals makes us all hungry, so pack a picnic with your favourite drop of Riesling from the Valley, and relax on a rug along the picturesque banks of the Belalie Creek.

You may have a desire to partake in a wider range of recreational activities, so look no further than the Bundaleer Forest Reserve. The historic trails through this reserve will take you past ruins and dry-stone walls, each with a story or two to share no doubt. If you’ve loaded up the bikes, then the Mawson Trail awaits, however walkers can tick off another section of the Heysen Trail here too.

We know you’ve done your homework and pencilled Jamestown in for the October long weekend though. So, save your wandering ways for the Monday and ensure you make the most of the races on Saturday, backed up by the show on the Sunday. Retreat to the Jamestown Villas each evening for a comfy stay prior to ‘getting back on the horse’ the next morning.

After that above-and-beyond weekend it may be time for a cleanse. Bindlestick – The Store understand, and their vibrant fresh juices are just the tonic. Enjoy one amongst on point, chic décor, and if craving more, move on to their gorgeous acai smoothie. This will afford enough time to discuss who draws the short straw and drives the team back south along the B80. 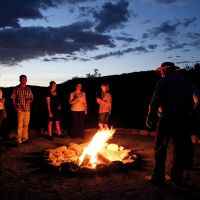 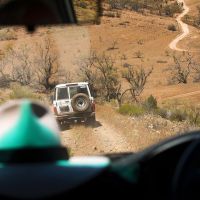 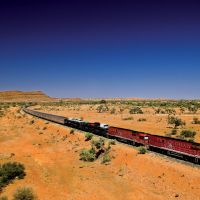 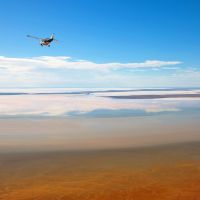 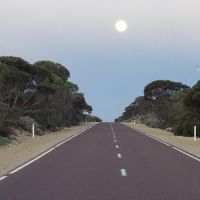 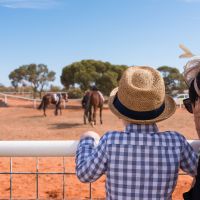 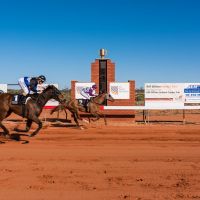 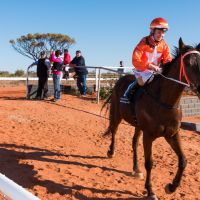 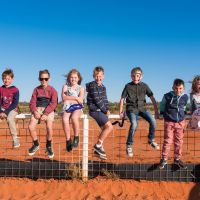 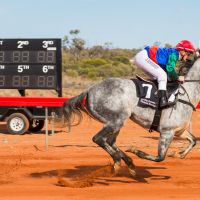 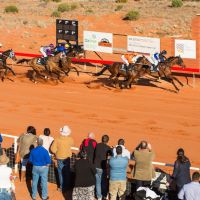 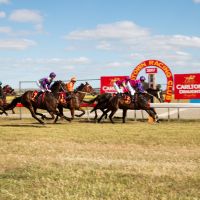 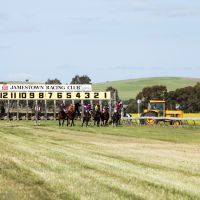