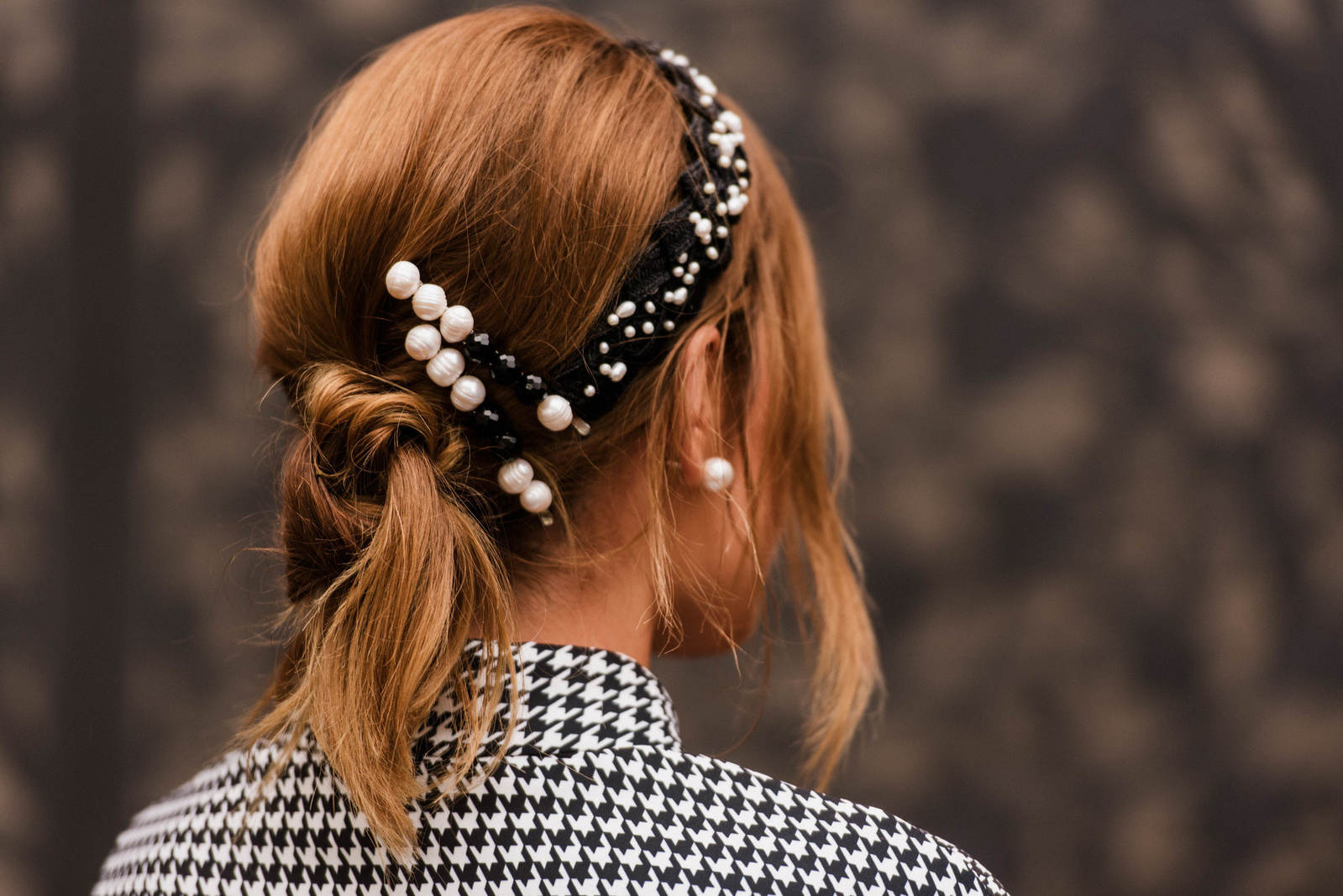 Founder of Mimi-Jane Millinery Mimi Taeuber grew up performing in the realm of theatre and opera, forever enchanted by the talents backstage. “It was quite normal to hang out in the costume departments and watch the milliners repair, design and create costumes for the stage,” Mimi said. “It all seemed like magic,” she said. “Both my grandmothers also studied millinery, so it must be in the blood!”

Mimi created headbands and headpieces for years before formally studying millinery and later launched her eponymous label Mimi-Jane Millinery in 2016. “I completed a certificate in Millinery at TAFE SA and attended private tuition and masterclasses,” Mimi said.

Drawing inspiration from art, fashion, film and the materials themselves, Mimi’s pieces reflect contemporary trends with a nod to the past. The artisan is inspired by the embellishment of the Elizabethans, the austerity of the Victorian era, seventies glam, the volume and ruffles of the eighties and the minimalism and androgyny of the nineties.

“I have also been fortunate to work with Channel 7 in both Adelaide and Melbourne, and also with Morphettville Racecourse, TRSA and the FATR Ambassadors,” she said. “I have been lucky enough to have had my millinery paired both on and off the runway with some of my favourite designers/labels, including KEEPSAKE and C/MEO COLLECTIVE, as well as Misha, Acler, Scanlan Theodore, Mossman and SA labels Couture Love Madness and Georgy Collection.”

This season, Mimi recommends shaking up winter’s traditional headwear tones of black, navy and caramel felts with an injection of whites and brights. “Think colours such as red, shocking pink, cobalt, emerald and orange,” Mimi said. “And, like how you layer your clothing when the cooler weather hits, layer your millinery,” she said. “Wear a bow with your box-beret or boater, pearl clips with your headband or an embellished ribbon with your turban to keep your take on millinery styling fresh this season.”

Mimi’s favourite AW19 runway trends to take trackside are contrasting and clashing colours, street-wear sensibilities in suiting, exaggerated and sculptural silhouettes in eveningwear and luxe adornment of pearls in clothing and accessories. “There really is a style that is accessible for every race-goer,” Mimi said.

“Clash your millinery with your outfit, re-imagine unconventional materials into your millinery, embrace sculptural shapes in your millinery or adorn yourself with pearls, the choice is yours,” she said. “Invest in multi-use fashion forward millinery items this season which work well both individually and with other pieces in your collection.”

Mimi-Jane Millinery clients start their process by bringing their ensemble to her Epworth Building studio or ordering custom headwear first. “Irrespective of their preference, I encourage my clients to try on many styles of hats and headpieces to ascertain which style they most prefer, as sometimes they are surprised to find that they fall in love with a piece that they had not previously considered,” Mimi said.

“The colour palettes, textures and detailing of your outfit and your preferred hairstyle will also influence your choice of millinery,” she said. “When planning your outfit, decide if you would like to hero your clothing or your millinery, so that your overall look isn’t OTT.”

Luckily for our local racegoers, Mimi’s latest collection boasts the perfect accessories to complete any racing wardrobe. “My favourite three pieces of our new collection would have to be our ‘Cleo’ genuine pearl clips, our ‘Zalia’ leopard-print wool box-beret and our ‘Cassie’ woven-straw genuine pearl embellished headband,” Mimi said. “These pieces can all be worn with no-fuss luscious locks, worn either down or in low pony or tousled bun,” she said.

“The aim is contemporary elegance that won’t have you adjusting your hair or millinery all day,” Mimi said. “I have also collaborated with a prominent interstate fashion label for the upcoming racing season and I am excited to announce more details about this in the coming months.”

“I just adore Elyse Knowles, Eleanor Pendleton and Lara Worthington for their contemporary interpretation of racing wear,” she said. “We also have so many home-grown style sirens in Adelaide with Lauren Dilena, Jamie Reilly, Jess Dover and Dani Adey, who always bring their A-game come race day.”

Looking ahead on the FATR Calendar, Mimi has spring racing on her mind. “Melbourne Cup is always such a favourite at Morphettville, but I do also love the country races,” Mimi said. “They are always such fun, as much of the community becomes involved,” she said. “If I had to pick my absolute favourite though I think it would be Derby Day; I just love the drama of the monochromatic silhouettes!”

In anticipation of Spring Carnival, start dreaming up your Derby Day ensemble with some street style inspiration from Morphettville’s Autumn Racing Carnival here.